This will be the wrap up of the whirlwind of events that surrounded Marisa and Jon's wedding! You can read about the rehearsal dinner and wedding here if you missed it. :)
After the wedding, we headed on the trolley to take pictures. There were lots(!), but here are a few....
After pictures, it was time to celebrate. I owe an incredible about of thanks and appreciation to my friends, Carol and Mary, who helped me to design, decorate and pull off an amazing party! I wanted to create something really special to help make up for the disappointment of not being able to have a "real reception" with dancing and everyone we had hoped to celebrate with. Carol and Mary far exceeded anything I could have come up with on my own!
A little side story before I get to the pics.....
During the pictures after the wedding, the skies looked pretty dark and ominous. I was nervous....we had done so much to create a beautiful backyard and our house couldn't really hold all the people waiting to celebrate. While Marisa's dad gave a toast before dinner, I heard a distant clap of thunder. Yet, the weather stayed clear despite the dark clouds. Later, we saw on the weather channel that all around us were bands of thunderstorms all evening, yet the clouds seem to part right over our town until they continued to the east of us.
There were so many struggles with planning a wedding during a pandemic. The several months leading up to the wedding were filled with discouragement, unwanted changes and tears. After lots of rescheduling and replanning, I gave everything over to Mary. I spent several weeks praying to Mary and thinking about the wedding feast at Cana. Mary interceded when there was a need, and her Son provided something better than the couple could have ever planned!
I didn't realize it, but Jon and Marisa had chosen the Wedding Feast at Cana as their Gospel reading for the wedding. When it was being read, I got a little teary eyed and felt very grateful for all the ways Mary helped us to pull everything together despite all the obstacles we had to face. She even provided for us to the very end of the celebration by giving us a summer night we could all enjoy!
And now onto the pictures.....:)
Here's what our guests experienced as they arrived at our home.... 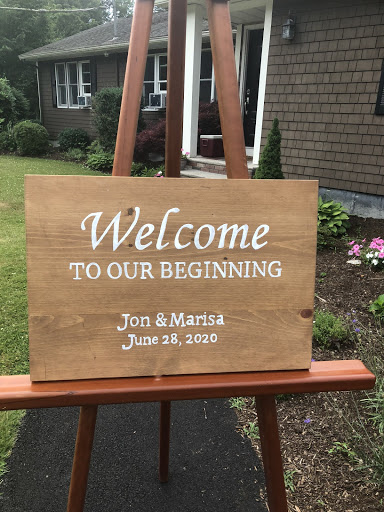 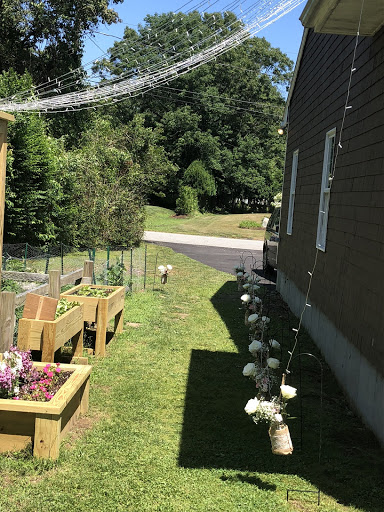 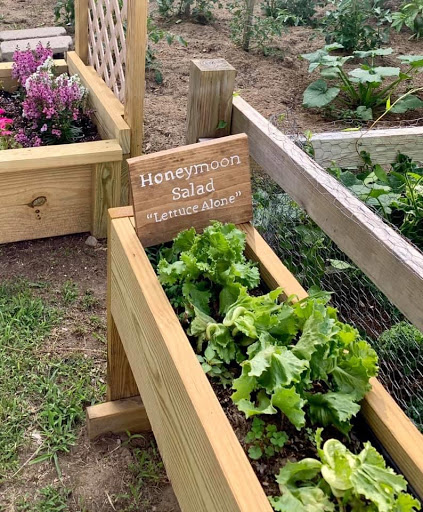 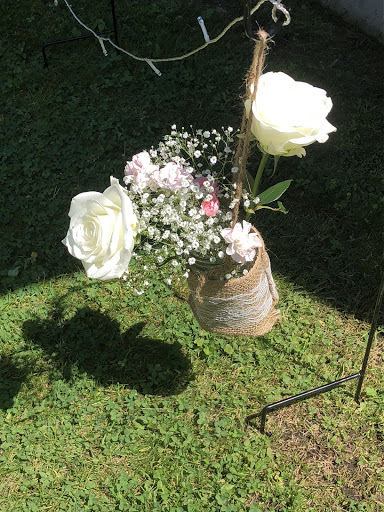 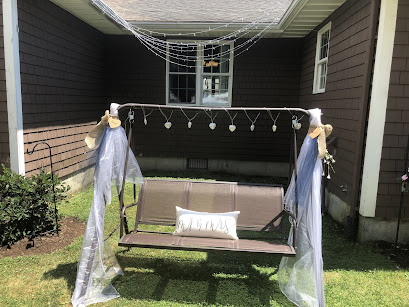 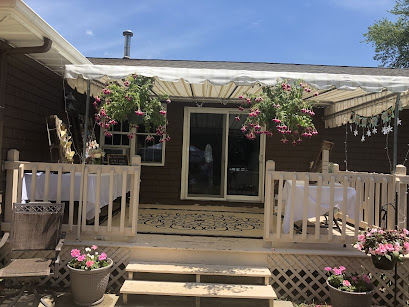 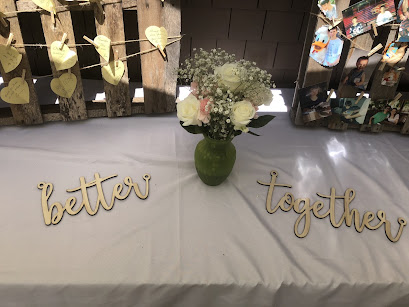 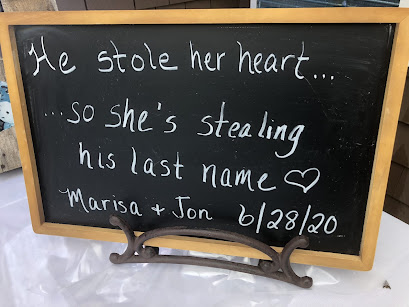 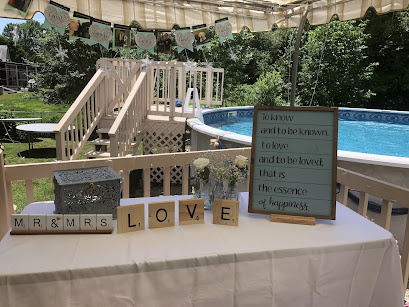 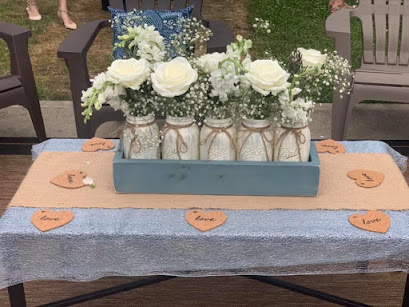 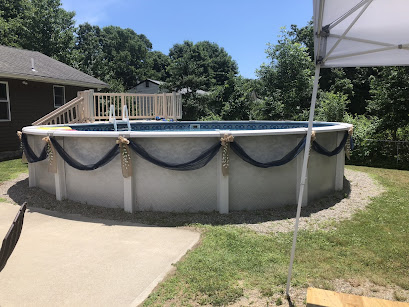 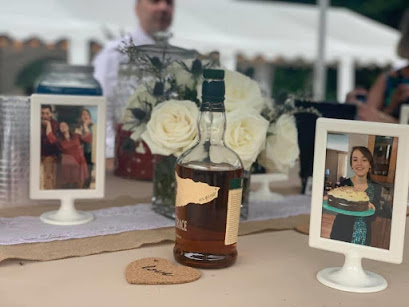 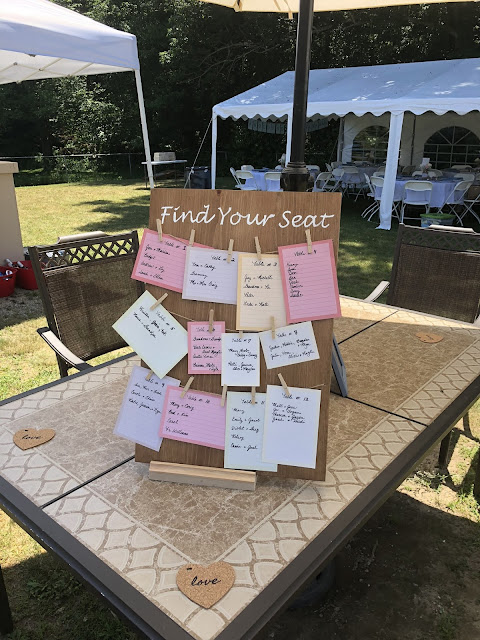 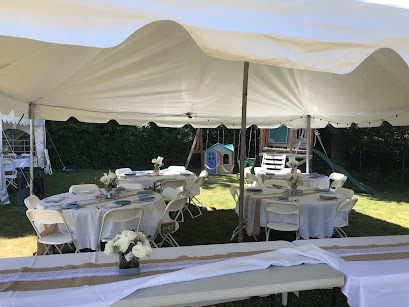 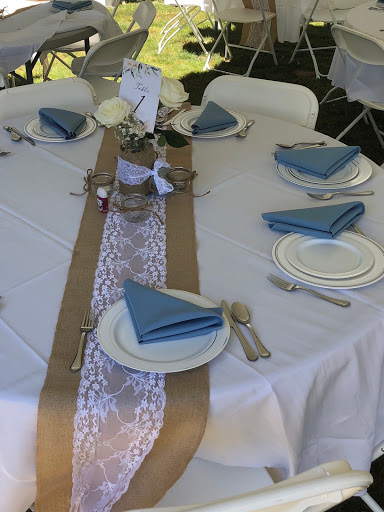 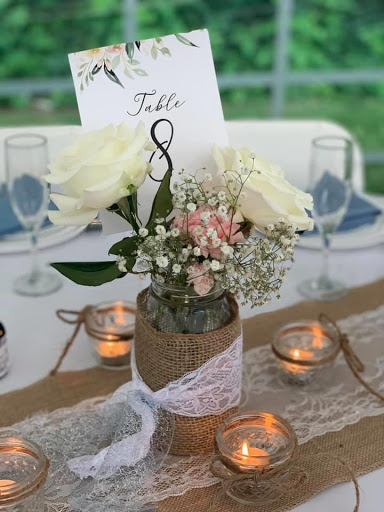 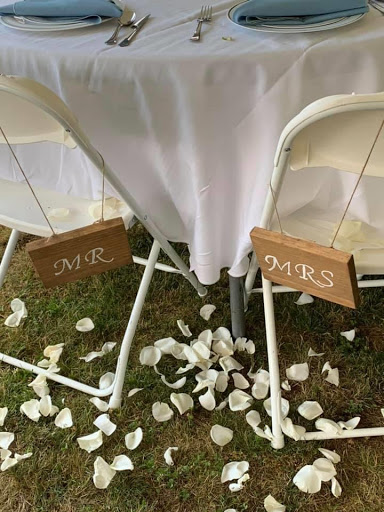 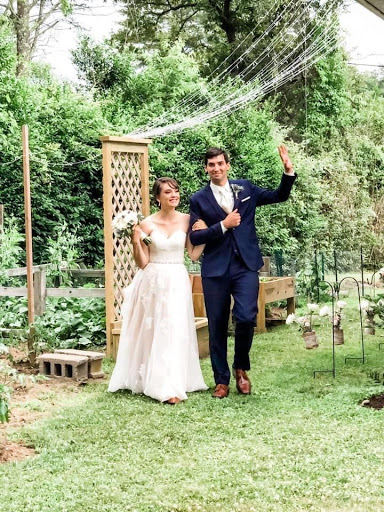 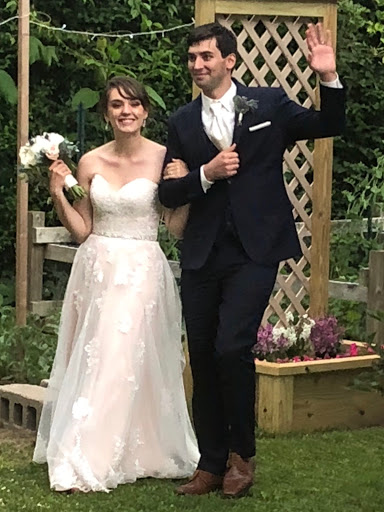 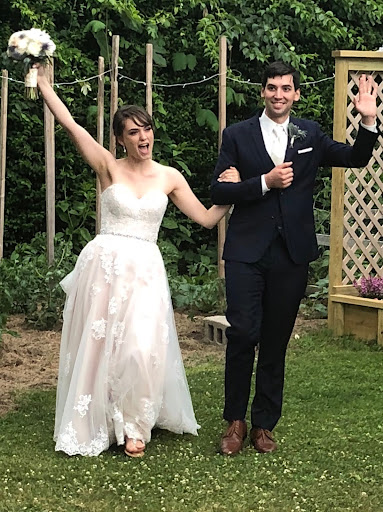 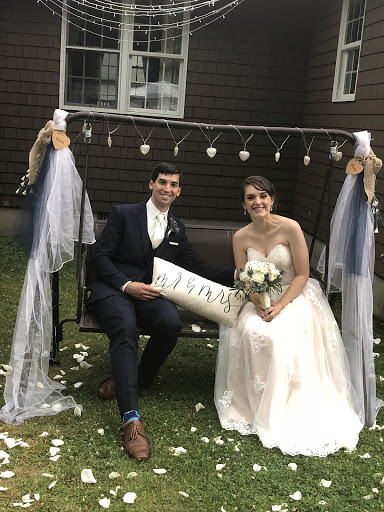 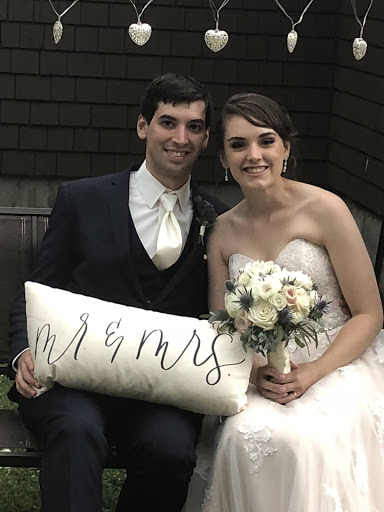 I didn't get pictures of the food, but we had the event catered by On the Go. We enjoyed the food very much! Jon does not love cake, so we settled on ice cream sandwiches....bc Jon is an ice cream fanatic! Jon's close friend Amber, who he has known since tball when they were four!, recently purchased a local ice cream shop named Captain Bonney's. She gave us a very generous discount and we ordered three different ice cream sandwiches: vanilla, coffee oreo(Jon and Marisa's favorite), and cookie dough. They were enthusiastically enjoyed by everyone! Check out the cute labels Amber made! 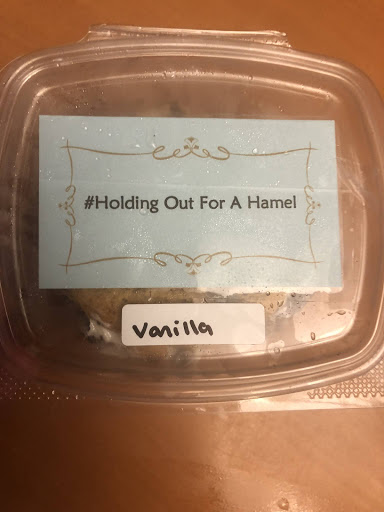 We strung lots of lights...which looked amazing after dark! The pictures don't really do it justice. 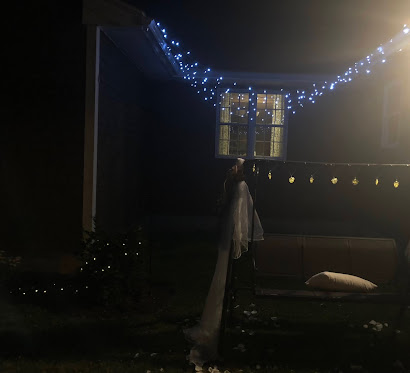 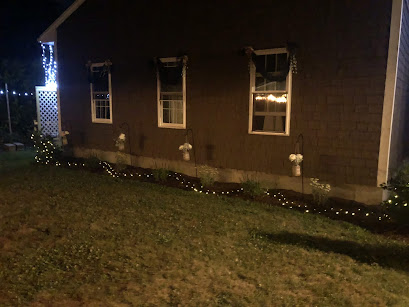 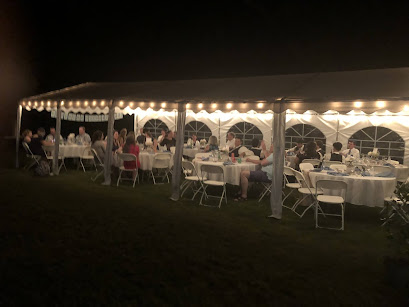 Since we couldn't have dancing, Andrew ran a marriage themed trivia game after dinner that was so much fun! Everyone got really into it and the friendly bantering between teams made the night extra special!
Jon and Marisa were supposed to go to Hawaii for their honeymoon, but, again, plans had to be changed. They ended up in California for 10 days, starting in San Diego and driving up some of the coast to visit many of the mission towns as far as San Jose. After everything they went through with the wedding, one more change didn't phase them. I sense a theme for their married life.....but God's plans tend to work out better than our's anyway.
Just ask the married couple from Cana;) 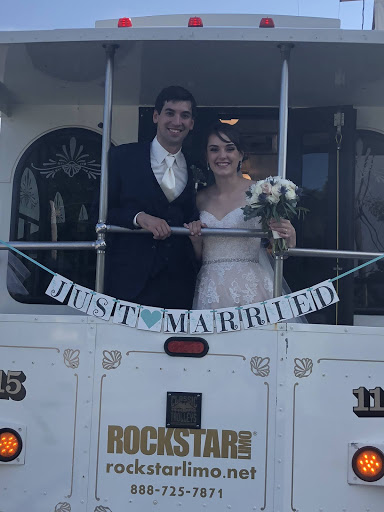