The Art of Letting Go

When the majority of my kids were young, I couldn't imagine life without all the craziness of having littles. Our oldest 6 children were born in a 10 year span. And, when the youngest of that crew went to kindergarten, God blessed us with a bonus baby...that was followed 2 years later by a bonus, bonus baby! There were lots of years of babies and toddlers!

Parenting young children is physically exhausting because of their many needs all day and, at least with our lousy sleepers of which there were several(!), all night long.

When my older kids were young, I remember listening to other parents talk about how they couldn't wait for their kids to start school and be more independent. (To which I would cringe a little on the inside because I couldn't imagine my life without babies and little ones around!)

In a way, they were right. When my kids started getting a little more independent and could play on their own for short amounts of time so that I could get a little housework done with, (*gasp*), two hands and no child on my hip, that was a pretty amazing feeling. When you can go places without diaper bags, giant car seats, and without having to worry about nap time, that makes life easier! A little increase in our child's independence gives parents a little more freedom and it feels pretty good for the most part.

And then they become teenagers and young adults....

Lent can be a challenging season. Have you found that this season of the liturgical year is filled with challenges and changes that were completely unexpected on a day to day basis? I don't know about you, but each Lent there appears to be "extra opportunities" that God sends our way to help us stretch and grow...whether we wanted to stretch and grow or not! I call the "extra opportunities" Involuntary Penances.

My definition of Involuntary Penances are those trials that God sends our way giving us all sorts of opportunities to work on lots of different virtues that we never had any intention of working on never realized we were going to have to work on during Lent.....

Continue reading about some of this Lent's Involuntary Penances I've experienced over at Catholicmom.com!

We have another daughter who has reached the Sweet Sixteen milestone! Sixteen years ago today, Jay and I held Ellen in our arms for the very first time. Ellie was an 8 lb 15.5 oz bundle of joy. Sarah was thrilled to have a baby sister and the boys all fought for a turn to hold her.

Ellie was a child filled with joy and enthusiasm. She was slow to talk, but made up for that in spades during her preschool years! She loved to go shopping with me when she was little and always asked if we could go to "just one more store" when it was time to go home.

Being Ellie isn't always easy! Having five older siblings meant that there were often lots of people bossing her around!

Ellie was our youngest child for over five years...the longest stretch we ever had between babies! We thought she would be our last, but God had other plans and made Ellie a big sister a few months after her 6th birthday. Despite all those years of being our "baby", Ellie was excited and enthusiastic to be a big sister! She has always been a "super sister" to Luke and then, two years later, to Kate as well. Ellie spent countless hours making up games and playing with both of them. Just another expression of her very generous heart.

Ellie was our Cindy Lou Who girl with her big blue eyes and very blond hair. The blond hair darkened as she got older, but those big blue eyes are still amazing and draw people in! When she was a baby, all the older ladies at the market were drawn in by those big, blueberry eyes and gave her lots of attention. (Which Ellie always loved when she was little!) 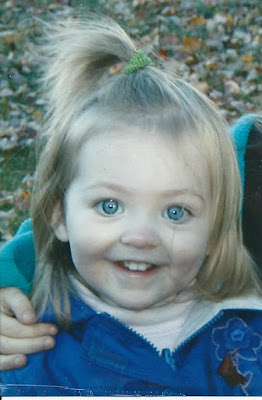 Ellie is our sports girl. She loves watching baseball with Jay and played basketball since she was 7 up until this year. In high school, Ellie joined the volleyball team and this year decided to try out softball, which she hasn't played since she was 9. She loves being part of a team and cheering people on. 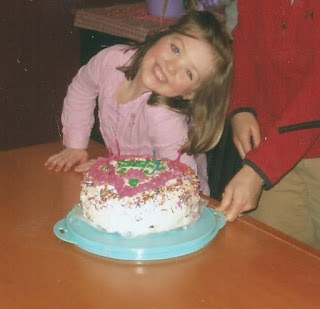 As Ellie became a teenager, she lost some of her exuberant personality. She no longer tries to photo bomb lots of pictures...and I have to beg for, (or sneak), a photo nowadays! Ellie has always been a reader, and she still loves to hide out in her room getting caught up in one of the many books she is putting holds on at the library.

Ellie has done amazing in high school academically! She works really hard in school..sometimes a little too hard...and has to be reminded that a "B" wouldn't be the end of the world!

Ellie has a gentle, loving heart and is a very spiritual girl. She feels emotions very deeply, which can definitely be a challenge for her at times!   But her big heart is part of who she is, and we love that about her. 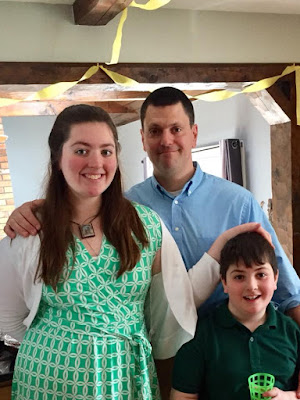 Ellie has definitely been one of our easier kids to parent through the teenage years so far...which Ellie reminds Jay and I frequently that we should be thankful for. Which we are! :)

Ellie is looking forward to getting her permit in the very near future. (Driving...shudder, shudder...one of my least favorite parenting phases!) She also just got her very first real job as an ice cream scooper for the summer in anticipation for paying for car insurance towards the end of the year. Ellie is just growing and changing into an amazing young women right before our eyes. She gleefully reminded me this morning, "Only two more years until I'm an adult!"

As a mom it's definitely a little bittersweet to see the youngest of our older crew spreading her wings more and more. Despite how hard it is to see Ellie growing up, Jay and I are so grateful that God had blessed us with such a wonderful daughter!

Happy 16th Birthday, Ellie! We love you to the moon...and back! 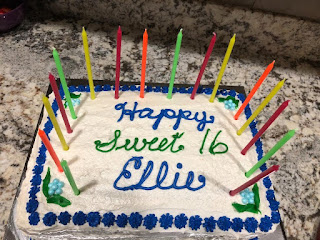